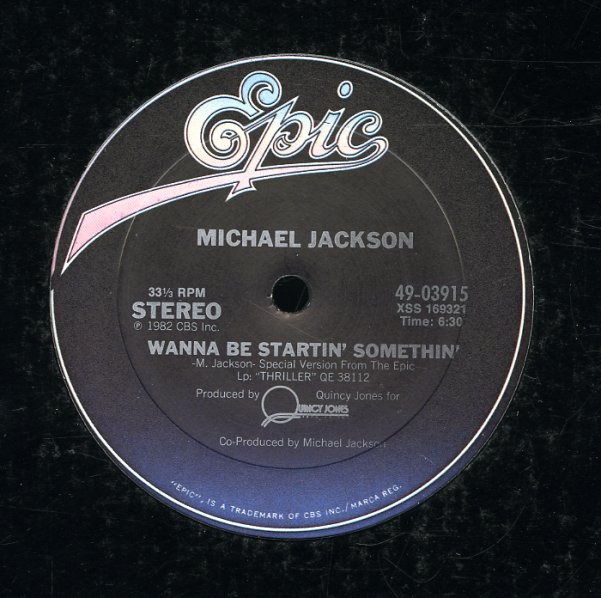 One of our all-time favorite solo tracks by Michael Jackson – that incredibly catchy tune from the Thriller album – the one with that groovy vocal "Mama Say Mama Sa Ma Ma Ku Sa" chorus! It always sounds a bit silly, but that's part of the appeal – and the tune has a jazzy groove that's quite different than most of Michael's other work!  © 1996-2020, Dusty Groove, Inc.