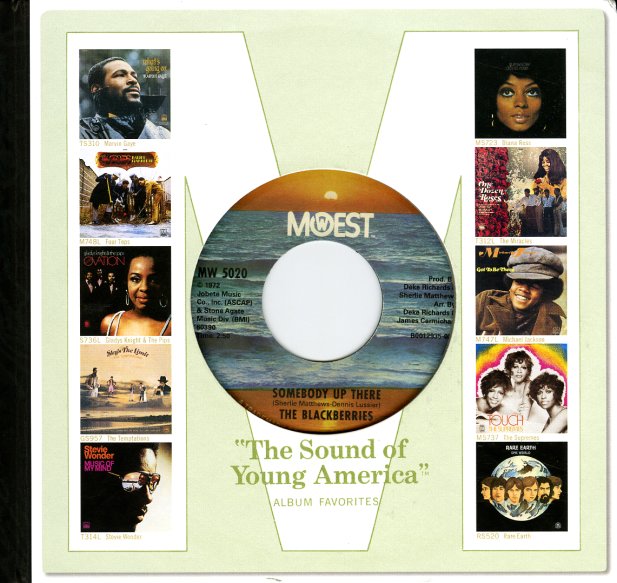 The sprawling soul sounds of Motown, circa '72 – with all the amazing singles from January to July of that huge and historic year – collected here in the first of a 2 box set grand finale for the Complete Motown Singles series! Creatively, the first half of '72 was an incredible period. Veterans like Stevie Wonder, The Temptations and The Four Tops sound freshly inspired, Marvin Gaye is hitting his peak, Michael Jackson and The Jackson 5 are in full stride, Martha Reeves & The Vandellas and The Supremes are still cutting gorgeous singles. In other words, there's still a whole lot of distinctively Motown magic happening! But '72 also finds the label branching out into funk, funk rock and both sunnier and grittier material by a variety artists – from Undisputed Truth and Sisters Love, to Frankie Valli and Rare Earth. The label would soon make the move to the west coast, so it's truly the end of an era – therefore as apt of a point as possible for Hip-O Select to begin closing up their beautiful series. Vol 12A has 113 tracks on 5CDs – encased in a hardcover, 130-page full color book with essays and notes on each track – including songs by all the above, plus Smokey Robinson & The Miracles, David Ruffin, Jr. Walker & The All Stars, The Commodores, Syreeta, Edwin Starr, Thelma Houston, The Devastating Affair, Bobby Darin, Blinky, Posse, The Marvelettes, Blue Scepter, GC Cameron, The Originals, Eddie Kendricks, Gladys Knght & The Pips and more! Also includes a bonus 45 by The Blackberries – "Somebody Up There" backed by "But I Love You More" – with the Mowest logo on the inner label! Love this! Can't wait for Vol 12B!  © 1996-2021, Dusty Groove, Inc.