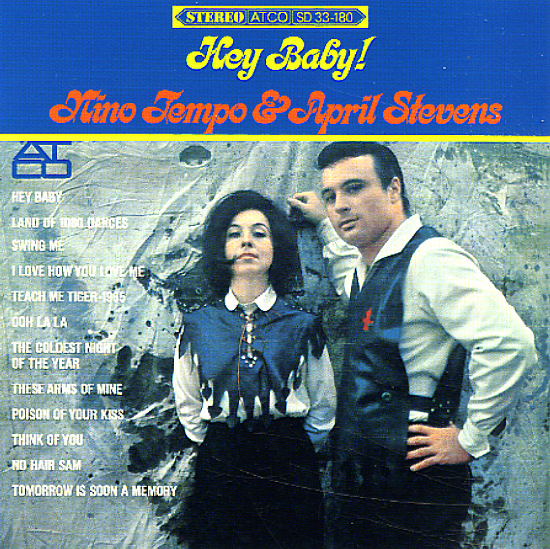 Incredibly groovy work from the team of Nino Tempo and April Stevens – a sweet bit of 60s pop with plenty of Sunshine touches! The pair have a gentle swing that's totally great on just about every track – a unqiuely jaunty groove that's almost the Atco equivalent of the sound that Chris Montez was getting over at A&M – but in a different way that really stands out nicely, too! Nino's vocals dominate April's nicely – creating a rough/sweet blend that's a great contrast from other modes of 60s pop – a bit more gritty at points than you might expect, in ways that really offset the sweet grooves in a great way. There's a bit more soul content here than usual – and titles include "Poison Of Your Kiss", "Hey Baby", "No Hair Sam", "The Coldest Night Of The Year", "Think Of You", and "Tomorrow Is Too Soon A Memory".  © 1996-2020, Dusty Groove, Inc.
(Stereo pressing. Shrinkwrap has some sticker remnants and a hole in front. Cover has a small cutout hole.)

Deep Purple
Atco, 1963. Very Good+
LP...$5.99
A classic set from pop pair Nino Tempo & April Stevens – a duo who had a great way of folding their vocals together in the space of a catchy tune! Some numbers feature April singing alone, in that breathy style of earlier years – but the best tracks have both singing together, over ... LP, Vinyl record album