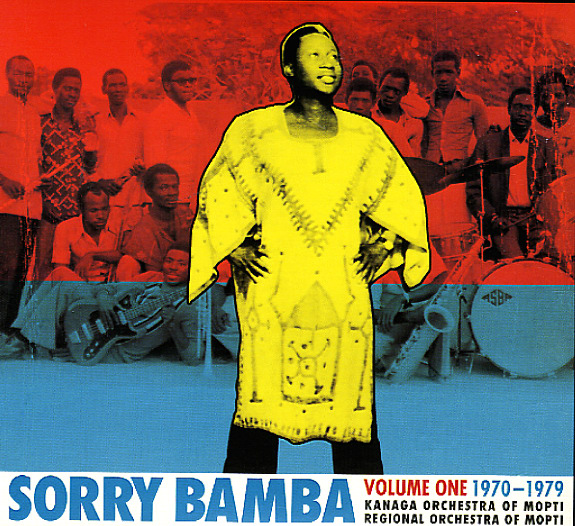 A wonderful testament to the legacy of Malian singer, flute player and group leader Sorry Bamba – documenting his years leading the Kanaga Orchestra Of Mopti throughout the 1970s – and a great, vital release on Thrill Jockey! The region's musical heritage is intergral to Sorry Bamba's music, but it's also relevant and contemporary to its period and ours – with guitar, bass, organ and horns along with more earthy percussion. His style of songs is pretty amazing, too – and often done with a sense of humor that could be easy to overlook to outsiders – but there's no overlooking how great the music is. Beautifully done by Thrill Jockey, compilers Alex Minoff & Ian Eagleson – with input and insight from Sorry Bamba himself. Includes "Yayoroba", "Boro", "Gambari", "Astan Kelly", "Sekou Amadou", "Sayouwe", "Porry", "Aisse", "Bayadjourou" and "Sare Mabo".  © 1996-2020, Dusty Groove, Inc.
(Out of print, punch through digipack spine.)