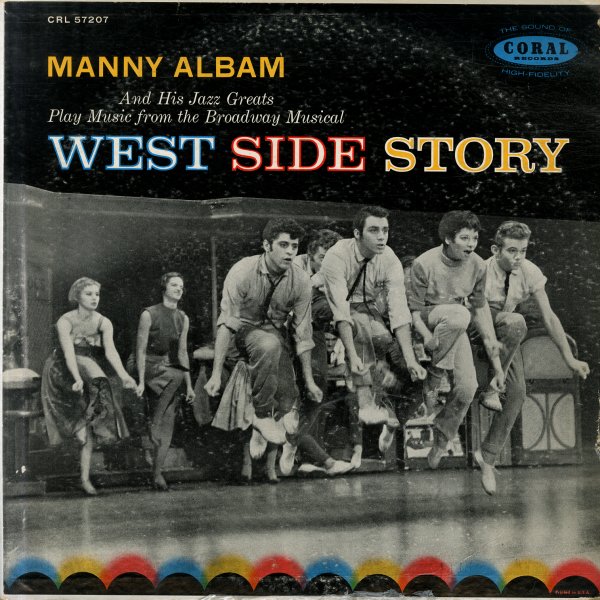 Manny Albam & His Jazz Greats Play Music From West Side Story
Decca, 1958. Very Good+
LP...$4.99
One of the many releases in the surprisingly successful semi-genre of "jazz meets West Side Story" albums that came out in the late 50s and early 60s. Albam actually does a pretty great job of opening up the jazzy changes in Bernstein's score, and it helps that he's got great ensemble ... LP, Vinyl record album