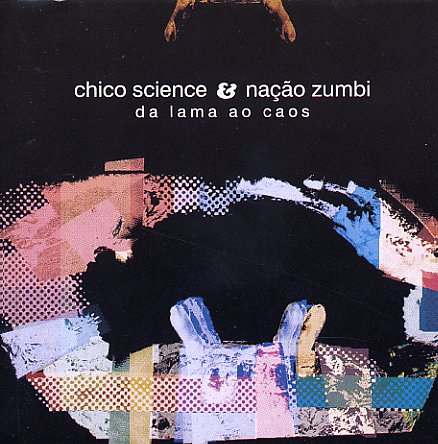 A mad mix of loud guitar, wild samples, and heavy Brazilian percussion – all nicely topped with the soulful vocals of Chico Science! The record's one of the group's earlier ones, and it's filled with a sense of raw power and experimentation that easily demonstrates why the band grabbed so much attention so quickly. Forget all those cliches you keep hearing about the postmodern power of Tropicalia – this stuff's equally as complex, and filled with bits and pieces you wouldn't even imagine! Titles include "Da Lama Ao Caos", "Salusatiano Song", "Riso Flora", "Coco Dub", "Rios, Pontes & Overdrives", and "A Cidade", which has a nice little snippet from Mark E Smith!  © 1996-2022, Dusty Groove, Inc.