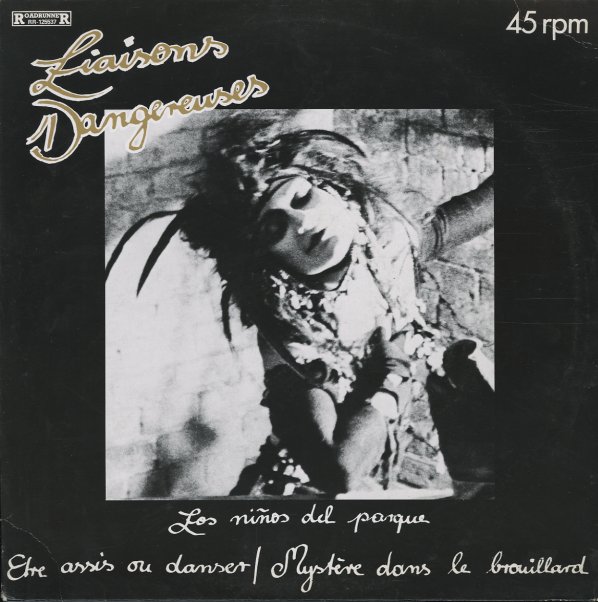 An unlikely, but huge influence on the Chicago and Detroit house scenes of the 80s! Liaisons Dangereuses were a German combo with a sound that was part post-punk, part post-prog – electronic-based music that was somewhere in the neighborhood of Cabaret Voltaire and DAF. And like those two groups, their talent for a short, sharp, syncopated beat was really appreciated and picked up by American listeners in the years between disco and electro – and made for a surprisingly large appearance on dancefloors, where the cold stark sound of the group really helped forge a blueprint for later techno. This single is a seminal classic, very sought after here in Chicago, as one of the blueprints of the house sound!  © 1996-2021, Dusty Groove, Inc.
(Dutch pressing–plays at 45 RPM. Cover is bent around the edges, with small tears in the opening, unglued bottom seam, and small peeled spot at the bottom.)