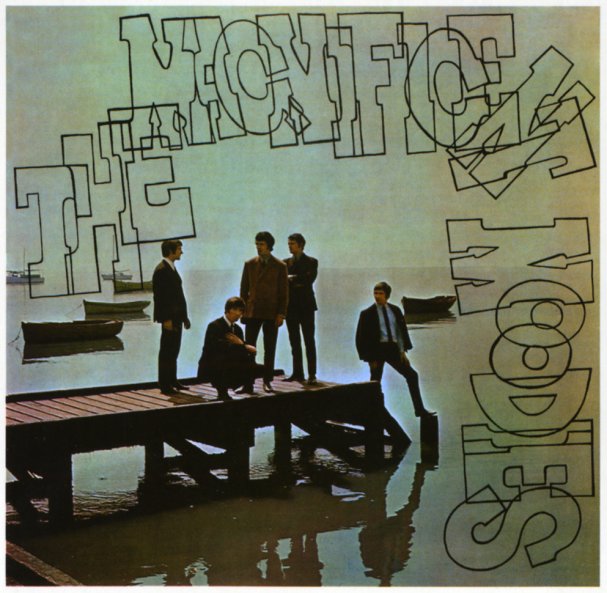 An incredible first album from The Moody Blues – way way different than any of their later high-concept work, and much more in the best soul and R&B-drenched material of the UK mod scene of the time! A number of cuts here are remakes of American soul tracks – including their stellar take on "Go Now" – and like some of the Moodies' best contemporaries, like Manfred Mann, the group really transform the material – and don't just offer up blue-eyed takes on the tunes. Instead, there's a free sense of play with the material – leanings that are definitely rockish on the solos, even though the overall vibe is quite soulful – and done with this tightly compressed style that's perfect for the vocals of the young Denny Laine – with a vibe that's further expanded by some nice use of echo in the production. Surprisingly wonderful – and very different than "Knights In White Satin" – with titles that include "Go Now", "I'll Go Crazy", "True Story", "Can't Nobody Love You", "I've Got A Dream", and "Let Me Go". A killer package – a box with poster, cards, and a nice book – plus the full original albums, then loads more bonus tracks on CD1 – including singles "Boulevard De Madeline", "Steal Your Heart Away", "Lose Your Money", "People Gotta Go", "Life's Not Life", "He Can Win", "Everyday", and "Time Is On My Side". Then, CD2 features a huge amount of extra tracks – previously unreleased sessions, plus Saturday Club sessions and 1966 Denny Cordell sessions – and even a radio commercial for Coke! 43 bonus tracks – 29 previously unreleased!  © 1996-2022, Dusty Groove, Inc.