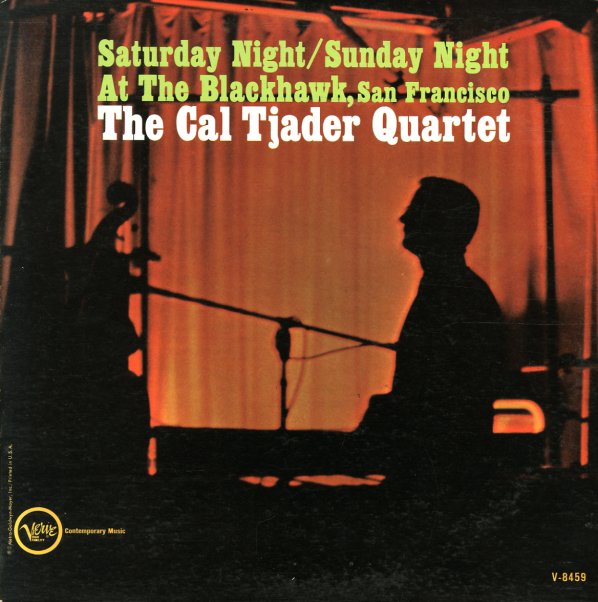 A great live set recorded in 1962 with some of Cal's best players in the group – pianist Lonnie Hewitt and drummer John Rae, joined by bassist Freddie Schreiber. The groove's a bit less Latin than usual, but the jazz vibe is very strong – and Tjader really shines with the local crowd at San Francisco's famous Blackhawk night spot. Titles include "222 Time", "Noonie's Groove", "Weep", and "Fred's Ahead". One of the more obscure Tjader Verve sides, too!  © 1996-2020, Dusty Groove, Inc.
(Cover has a spot of adhesive residue, and a small split on the bottom seam.)