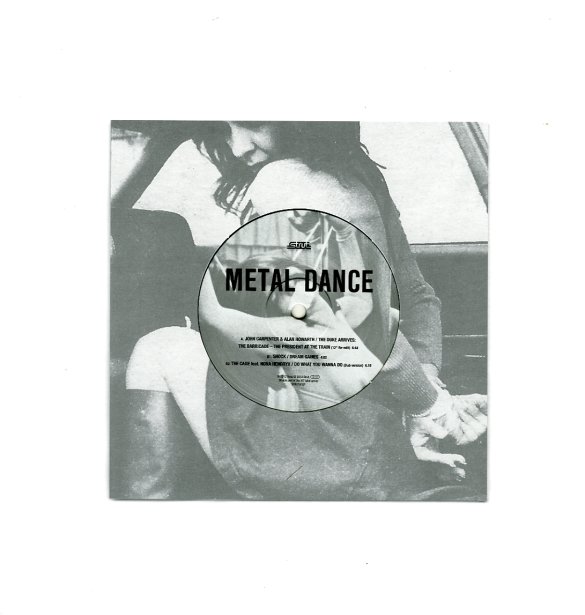 Three dark tracks from the Metal Dance compilation – issued here at full volume 12" proportions! "Duke Arrives" is a great long track from John Carpenter – the kind of perfect scene-setting groove that made his films so wonderful – electronic, spooky, but funky too! "Dream Games" is another spooky groover from Shock – all sorts of muddy analogue electronics snapping along with the beat – while these whispered electro vocals round out the sound! And "Do What You Wanna Do" is one of the catchiest tracks from The Cage – offered up here in dub version with lots of emphasis on the basslines and guitar!  © 1996-2021, Dusty Groove, Inc.