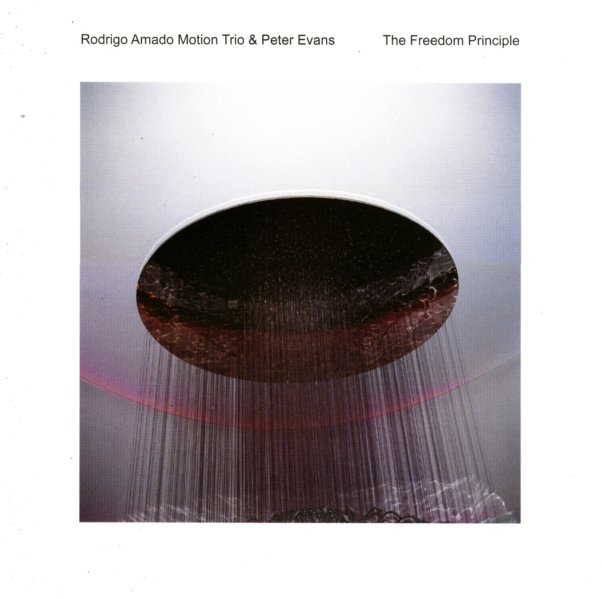 The title definitely lives up to the sound of the record – a really loose, free session from a quartet that includes strong work from both trumpeter Peter Evans and tenorist Rodrigo Amado – the latter of whom leads the group! All tracks are long, and build with a nice degree of energy – one that gets back to the "freedom principle" generation between the ESP and loft jazz years – when spontaneous creativity like this was really in action. All four members contribute equally to shape the sound of the performance – and the group also features Miguel Mira on cello and Garbirel Ferrandini on drums. Titles include "Pepper Packed", "Shadows", and "The Freedom Principle".  © 1996-2021, Dusty Groove, Inc.
(Pen and promo mark through barcode.)

Vilnius Explosion
No Business (Lithuania), 2008. Used
CD...$9.99
There's something about the Eastern European scene that seems to pull out some of the darkest sounds you'll ever hear from avant players – and this recent Lithuanian performance by Mats Gustafsson is key proof of that fact! The album's got a sound that's often even more abstract than avant ... CD

Dialogue (non-RVG remaster edition)
Blue Note, 1965. Used
CD...$9.99 (CD...$11.99)
One of Bobby Hutcherson's most important albums ever – and an essential piece of "new thing" jazz that ranks up there with such key Blue note sessions of the genre as Tony Williams' album Life Time, Dolphy's Out To Lunch, and Jackie McLean's One Step Beyond! Hutcherson's sound on ... CD