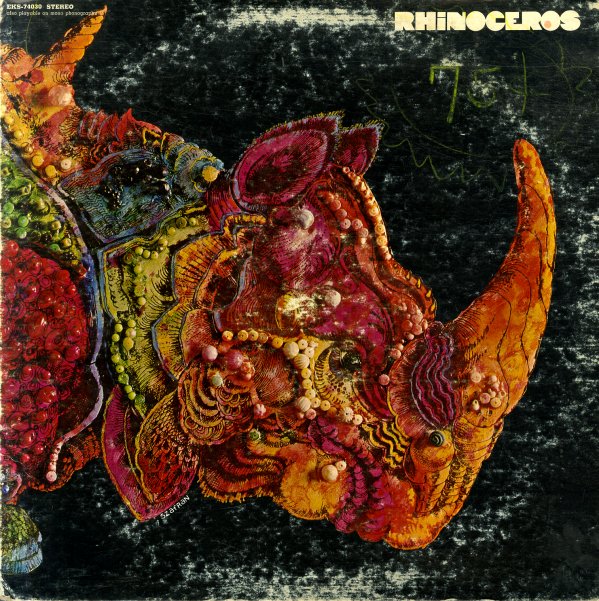 The great first album from Rhinoceros – a group that's every bit as heavy as their name, and who really deserved much bigger fame than they received at the time! The sound is a great late 60s fusion of psych, blues rock, and other modes – given a nice Elektra Records spin and sense of freedom that really allows the group to be something strong on their own – sometimes adding in more sensitive vocals or harmonies that really show a lot of depth – balanced by strongly jamming guitar and lots of heavy drums! Titles include "When You Say You're Sorry", "I Need Love", "Belbuekus", "I Will Serenade You", "Along Comes Tomorrow", "Apricot Brandy", and "That Time Of Year".  © 1996-2020, Dusty Groove, Inc.
(Tan label big "E" pressing in the gatefold cover. Cover has some ring & edge wear.)