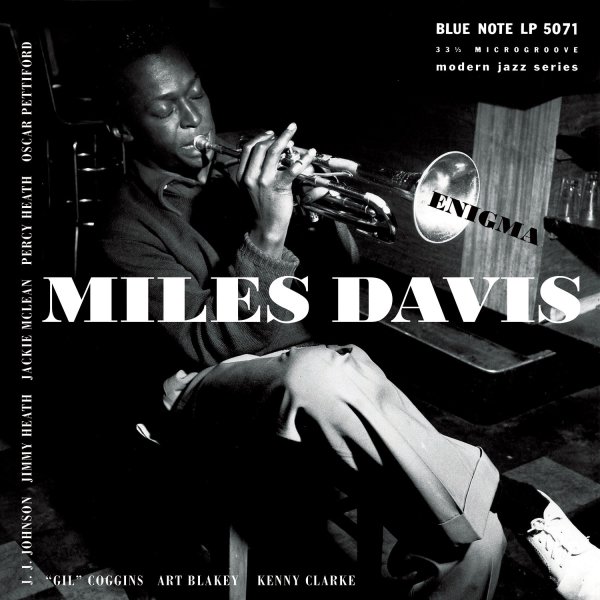 A real enigma from Miles Davis – rare material from the Blue Note vaults, issued here for the first time ever – and done as a totally sweet 10" album! The cover and package are great – and the music is even better – very much in the most sparkling spirit of Davis' early 10" albums for Blue Note – with a lineup that includes JJ Johnson on trombone, Jimmy Heath on tenor, Jackie McLean on alto sax, Gil Coggins on piano, Percy Heath or Oscar Pettiford on bass, and Art Blakey or Kenny Clarke on drums! Titles include "Enigma (alt take 1)", "Kelo (alt take 1)", "Chance It (alt take 3)", and "Chance It (alt take 4)".  © 1996-2021, Dusty Groove, Inc.