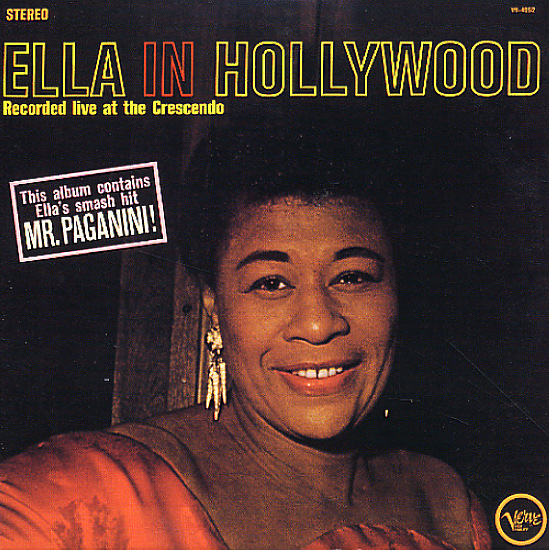 A nice little Verve session that breaks from the usual format – especially the "Songbooks" one – and features Ella in LA with small group backing by Jim Hall, Lou Levy, Wilfred Middlebrooks, and Gus Johnson. The set was recorded live at the Crescendo – in a jazzily swinging mode that's a bit looser than some of Ella's other Verve sessions, but which still demonstrates some nice control on the vocals. Titles include "Mr Paganini", "Stairway To The Stars", "Air Mail Special", "Blue Moon", "This Could Be The Start Of Something Big", and "Just In Time".  © 1996-2023, Dusty Groove, Inc.
(Out of print, includes obi.)