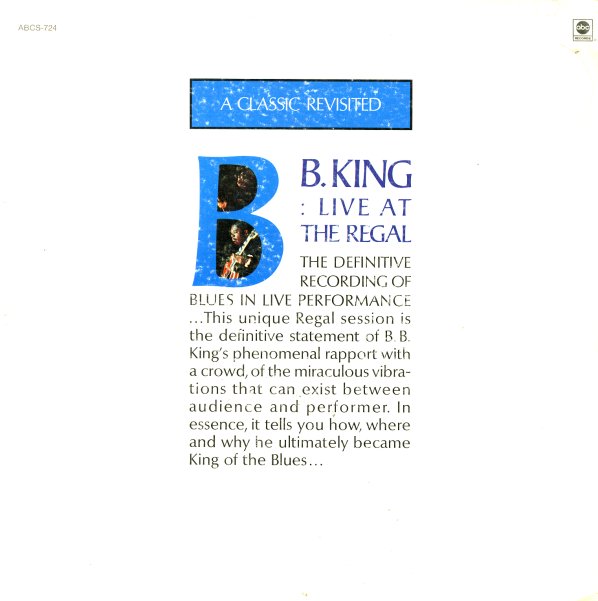 Live At The Regal (white cover)

An excellent set by BB King – one of his best from the 60s, and a smoking live set recorded at Chicago's legendary Regal Theatre! The enthusiasm at the venue shows that BB's Memphis-honed style is a perfect fit for the electrified Chicago sound of the 60s – and the recording really brings out some wonderful responses from the audience – making the record a blues equivalent of James Brown's famous Live At The Apollo set! The record features introductions by Chicago DJs Pervis Spann and E Rodney Jones – and tracks include "Every Day", "Please Love Me", "Worry Worry", "Woke Up This Morning", "Help The Poor", and "You Upset Me Baby".  © 1996-2022, Dusty Groove, Inc.
(Early 80s black label stereo pressing. Cover has a cutout hole, a trace of a sticker, and some surface wear.)