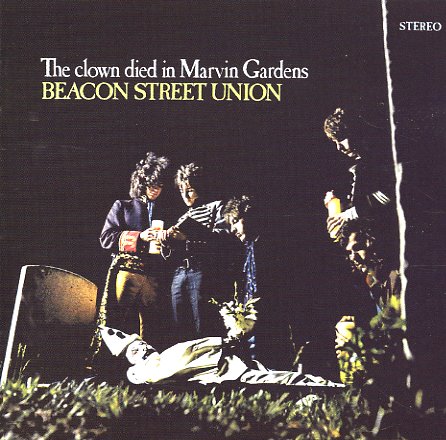 One of the groovier examples of late 60s psychedelia on the MGM label – one of a pair from the Boston area's Beacon Street Union! The Clown Died In Marvin Gardens has more orchestrated arrangements than the group's other album from the period, but it's no less adventurous, strange or diversely influenced! Titles include the title track, plus "The Clown's Overture", "Angus Of Aberdeen", "A Not Very August Afternoon", "Now I Taste The Tears" and groovy covers of "Blue Suede Shoes" and "Baby Please Don't Go".  © 1996-2021, Dusty Groove, Inc.
(Blue & gold label stereo pressing. Cover has light wear and a cutout hole.)

Every Mothers' Son
MGM, 1967. Near Mint- Gatefold
LP...$6.99
Great grooves from Every Mothers' Son – cool, catchy numbers that have a wonderfully sunny feel overall – and a spare approach that's a bit different than most of the group's contemporaries! The drums seem much more up in the mix than usual for this sort of work – snapping with a ... LP, Vinyl record album