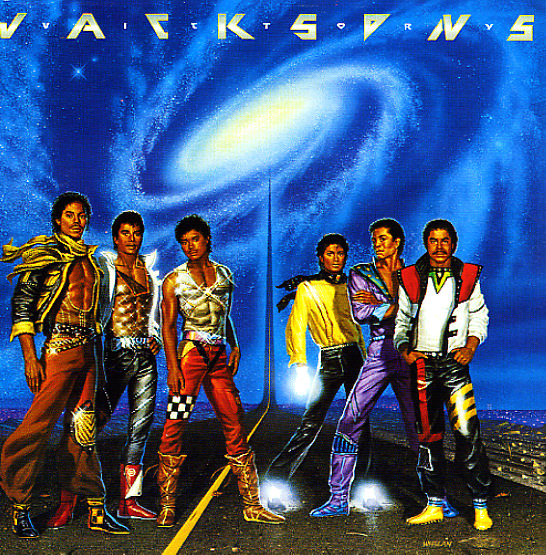 Michael Jackson's last album with his famous family – a set of electric 80s soul that's a bit different than Jackson's well-known solo work! In a way, the later Jacksons albums almost feel like a place where Michael can try out some ideas that don't fit as tightly into the overall sound of his own records – and there's definitely more diversity here than before – a shift between gentle ballads, beat-heavy tunes, and even a few rockish/poppish moments. Of course, we should probably be crediting the other Jacksons for their help in the sound here too – as they're certainly credited on the cover – but there's also less of the "many parts as one" sound than before, so it's hard to tell how they're working together. Titles include "The Hurt", "Wait", "Torture", "One More Chance", "Body", "We Can Change The World", and "State Of Shock", the big single, which features a guest appearance by Mick Jagger.  © 1996-2023, Dusty Groove, Inc.
(Includes the printed inner sleeve.)

Triumph
Epic, 1980. Very Good+
LP...$11.99
One of Michael Jackson's last albums with his famous brothers – a record that was cut in between the two Quincy Jones albums (Off The Wall and Thriller) that would catapult him to megastardom! This set is still an all-Jacksons affair – produced and written by the whole group, and put ... LP, Vinyl record album

Sly & The Family Stone Greatest Hits
Epic, 1970. Very Good+ Gatefold
LP...$13.99
Almost a "greatest hits" of greatest hits albums – one of those collections that almost sold more copies than all the full albums by the artist – forever earning Sly & The Family Stone a place in record collections around the globe! All the hits are here, laid out back to ... LP, Vinyl record album