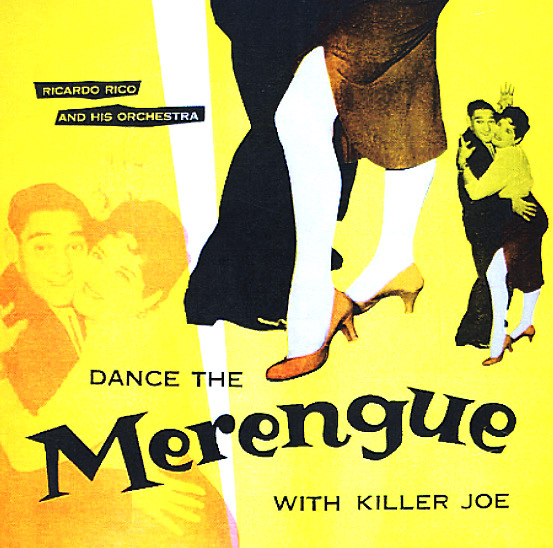 Dance The Merengue With Killer Joe

Very early merengue sounds from Ricardo Rico – served up with an earthy blend that really gets to the root of the genre! The tracks often feature strong percussion alongside these really bouncing basslines – but acoustic ones, without the too-heavy style of more contemporary merengue – in a way that has the same sort of charm as vintage Cuban recordings of the 50s, especially alongside the female vocals in the lead! Great horns top nearly every track, and some saxes get some nice snakey solo moments too – on titles that include "El Mosquito", "San Nicholas", "In The Dark", "Sin Censura", "Jose Antonio En Nueva York", and "El Osito".  © 1996-2023, Dusty Groove, Inc.
(Orange label pressing – cover is great!)

Night Out With Machito
Tico, 1960. Very Good+
LP...$19.99
Not necessarily a night "out" with Machito, as the material appears to be all studio recordings – but the album is a good example of the variety of Machito's successful group of the late 50s, and will give you an example of the kinds of tracks they'd run through in a live show. ... LP, Vinyl record album