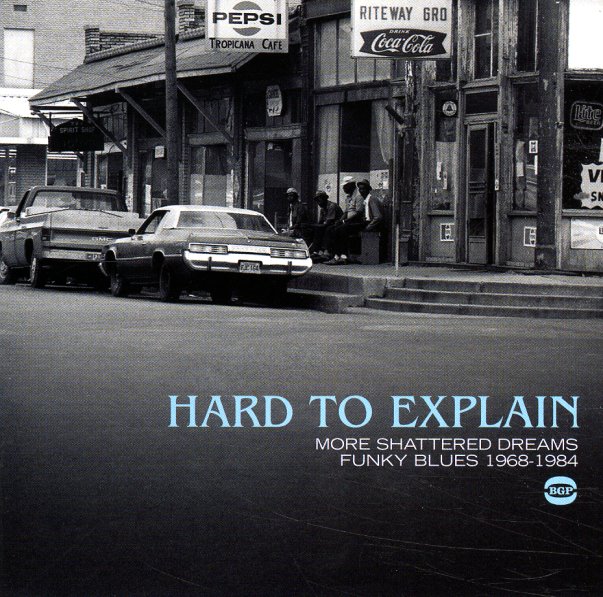 Funky blues galore – not the kind of sad, weepy blues of the old days – but the kind of gritty grooves that really broke big during the 60s and 70s funky generation! Most numbers here mix older blues elements with sharp snapping drums and tight rolling basslines – a sweet fusion of roots and contemporary sounds from the 70s – served up by a mix of well-known artists and lesser-known geniuses! The track selection is superb, with loads of tracks we'd never heard before – and the set's exactly the kind of collection that has us running back to BGP/Ace year after year – and digging everything they ever do. And even if you're not usually a blues fan, if you dig funky sounds you'll find plenty to love here – with titles that include "Walk On" by Finis Tasby, "Gimme Some Of Yours" by Artie White, "I Want You" by Smokey Wilson, "It's Real" by Jimmy Robins, "Sister Rose" by Shakey Jake Harris, "Them Love Blues" by Earl Wright, "I Finally Got You" by Jimmy McCracklin, "He Made You Mine" by Big Daddy Rucker, "Lovemaker" by Lowell Fulsom, "Getting Down With You" by Obrey Wilson, "Don't Down Me People" by Memphis Soul, and "I Don't Understand It" by Ice Water Slim & The Fourth Floor.  © 1996-2021, Dusty Groove, Inc.