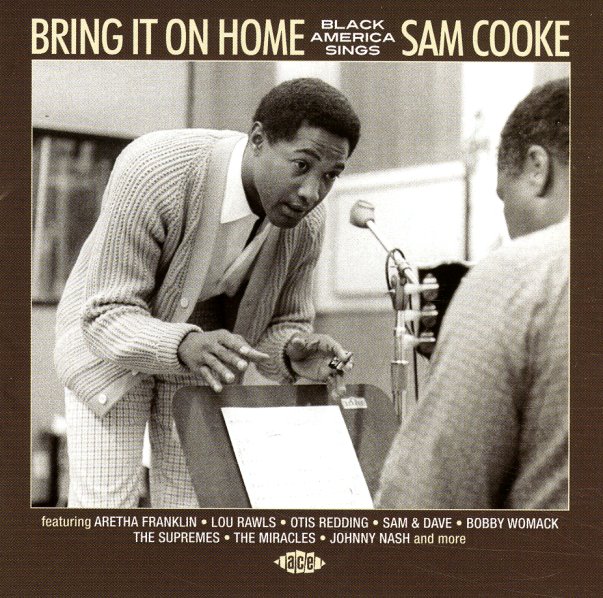 The influence of Sam Cooke runs deep in American soul music – not just because Sam was one of the first great soul singers of the 60s, but also because he had a really special way of putting over a message of hope and pride! This wonderful collection really shows that influence at its best – spun out over a host of great singles, most of which were issued in the years after Cooke's untimely early death – with music that doesn't just copycat Sam's style, but embraces his inner fire, and relights the torch for a generation to come! Some tracks are covers, some are real reworkings of Cooke tunes, and others almost stand as memorial tributes to the great one – on titles that include "Rome Wasn't Built In A Day" by Johnnie Taylor, "Shake" by Otis Redding, "Cupid" by RB Greaves, "I'm Gonna Forget About You" by Bobby Womack, "Pow You're In Love" by The Falcons, "A Change Is Gonna Come" by Brenton Wood, "The Smile" by The Simms Twins, "Ain't That Good News" by The Supremes, "Soothe Me" by Sam & Dave, "Wonderful World" by Johnny Nash, "The Sound Of My Man" by Theola Kilgore, "Bring It On Home To Me" by Eddie Floyd, and "Meet Me At The Twistin Place" by Johnnie Morisette.  © 1996-2023, Dusty Groove, Inc.