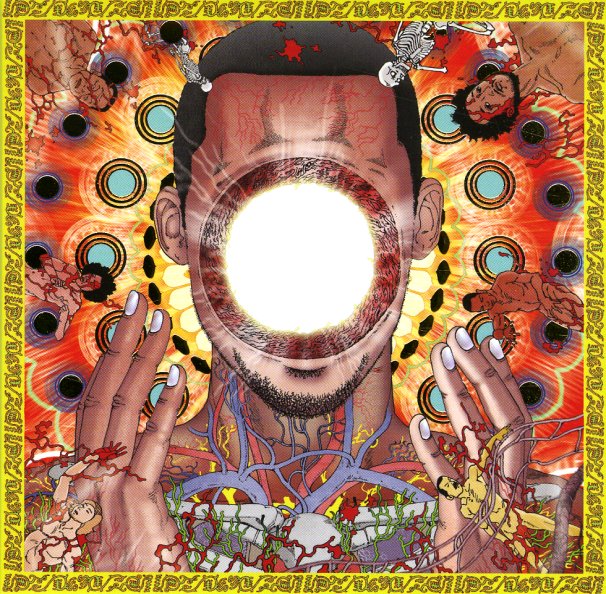 Flying Lotus is not only very much alive on You're Dead! – he's as lively as ever – delivering his best, most diverse record to date! The Flying Lotus sound is in peak form here – glitchy beats and spacey keyboards, deftly layered samples, and carrying boundless influences from cosmic soul jazz to leftfield hip hop! An impressive guest roster from both realms participate – with appearances by Herbie Hancock (!!!), Kendrick Lamar, Snoop Dogg, frequent collaborator and stylistic sibling Thundercat, strings arranger Miguel Atwood Ferguson and others. Standout moments include the tracks "Tesla" and "Moment Of Hesitation", both with some incredible keyboards by Herbie Hancock, plus the uber-moody, Ennio Morricone-sampled "Turtles" – but the whole thing is great, and shows that the Flying Lotus phenomenon is still in ascension, circa 2014. Other cuts include "Cold Dead", "Never Catch Me" with Kendrick Lamar, "Dead Man's Tetris" with Snoop Dogg, "Turkey Dog Coma", "Stirring", "Obligatory Cadence", "The Protest" and more.  © 1996-2022, Dusty Groove, Inc.

Untitled (Rise)
Forever Living Originals (UK), 2020. New Copy 2LP Gatefold
LP...$44.99 61.99 (CD...$16.99, CD...$22.99)
A record with an unassuming cover, but with a deeply soulful sound that comes across right away – a spare blend of simple beats and well-crafted basslines, topped with vocals that almost seem like they're trying hard not to get in the way of the groove! The approach is great – gently ... LP, Vinyl record album