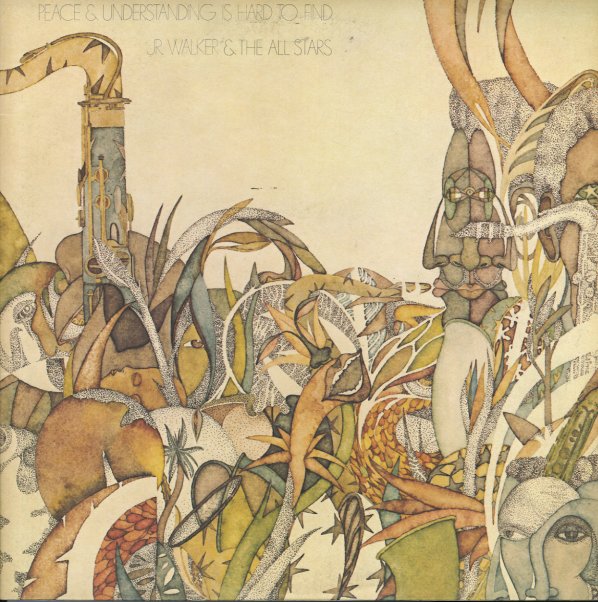 Peace & Understanding Is Hard To Find

A record that has Jr Walker and the group stepping out with some of the righteous touches promised in the title – partly in the choice of songs on the set, which are all nicely tucked into that strong mix of deep soul vocals and saxophone lines that had become the Jr Walker groove! The set features work from a number of different arrangers – all the hipper side of Motown in the early 70s, as the list includes, Willie Hutch, Gene Page, and James Carmichael – and tunes include two great originals, one by Hutch, one by Leon Ware. Tracks include "It's Alright Do What You Gotta Do", "Soul Clappin'", "Gimme that Beat (parts 1 & 2)", "It's Too Late", and "Peace & Understanding Is Hard To Find".  © 1996-2023, Dusty Groove, Inc.

Mothership Connection
Casablanca, 1975. Very Good+
LP...$44.99
Here's where it all happens – the huge culmination of all the years of heavy funk and psychedelic soul created by George Clinton and the P-Funk empire – fused into an amazingly tight groove that helped win over much bigger audiences than ever before! The album title and cover are very ... LP, Vinyl record album

Raw Silk
Warner, 1979. Very Good+
LP...$4.99
A really wonderful little album from Randy Crawford – a lot jazzier than previous work, and done in a style that has Randy's vocals backed by small electric combo work on most cuts! Players on the set are a great batch of top-shelf fusion players – and include Don Grusin, William D ... LP, Vinyl record album