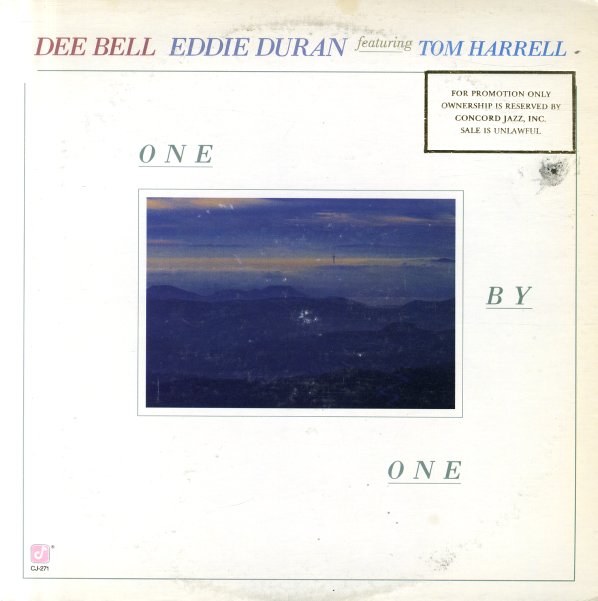 With Eddie Duran on guitar and Tom Harrell on trumpet and flugelhorn, plus Vince Lateano on drums and timbales, Al Plank on piano, and Dean Reilly on bass.  © 1996-2021, Dusty Groove, Inc.
(Cover has light wear.)

Elegant Evening
Concord, 1986. Near Mint-
LP...$24.99
One of the great Mel Torme comeback albums of the 80s – with piano from George Shearing! Titles include "I'll Be Seeing You", "You Changed My Life", "You're Driving Me Crazy", "My Foolish Heart", "Last Night When We Were Young", and the cool ... LP, Vinyl record album

Getting Some Fun Out Of Life
Concord, 1977. Very Good+
LP...$2.99
Dave Frishberg's always getting some fun out of life – given the way he pens these witty little tunes, and sings them with a hell of a lot of charm! And this album's one to feature Frishberg at all his charming best – still with the jaunty, edgey qualities we love so much in Oaklahoma ... LP, Vinyl record album

My Coloring Book
Colpix, Early 60s. Near Mint-
LP...$4.99
A beautiful album of sad-tinged tunes – the standout album from singer Sandy Stewart, best known for the title hit, but great throughout! Sandy's soft, fragile voice is backed by the orchestra of Nick Perito – in a string-laden style that only seems to further emphasize the sad tones ... LP, Vinyl record album