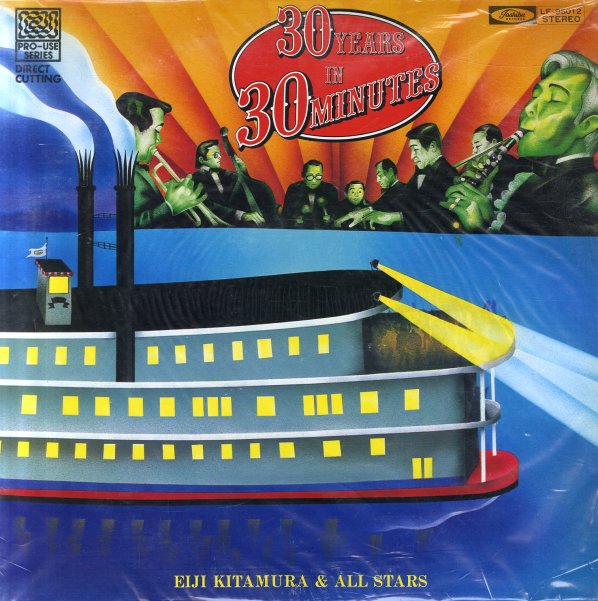 Katanga
Pacific Jazz, 1963. Near Mint-
LP...$24.99 (LP...$28.99)
A stellar set from one of the most underrated reed players of all time – a brilliant bit of searching soul jazz, cut at a time when Curtis Amy was leaving behind his Texas roots for the new sounds of the Coltrane generation! The album's quite different than the organ and tenor dates that Amy ... LP, Vinyl record album

Great Scott!! (Impulse)
Impulse, 1964. Fair Gatefold
LP...$4.99
Swinging organ tracks from Shirley, with large band backing by Oliver Nelson, very much in the mode of Jimmy Smith's albums with Nelson on Verve! Includes a nice reading of the theme from "Shot In The Dark", plus "Hoe Down", "Shadows Of Paris", and "Great ... LP, Vinyl record album

Playboys
Pacific Jazz, 1956. Sealed
LP...$34.99
An excellent session that stands as one of both players' strongest from the time! Baker's really opening up here, moving more into that hardbop mode of the late 50s – and Pepper's already hit his stride here – with the pair of them working in a group that includes Phil Urso on tenor, ... LP, Vinyl record album

Comprehensive Kenton
EMI, 1940s. Sealed 2LP
LP...$9.99
Amazing stuff, the birth of a legend – and some of the most important modern jazz of the 40s! LP, Vinyl record album

Cinema Transcendental
Philips (Brazil), 1979. Sealed
LP...$34.99
Caetano Veloso at the end of the 70s – still sounding wonderful, but in ways that are quite different from his earliest albums! The sound here is more restrained, and more mature – a beautiful example of the songwriting strength that Veloso evolved as his career moved on – tunes ... LP, Vinyl record album