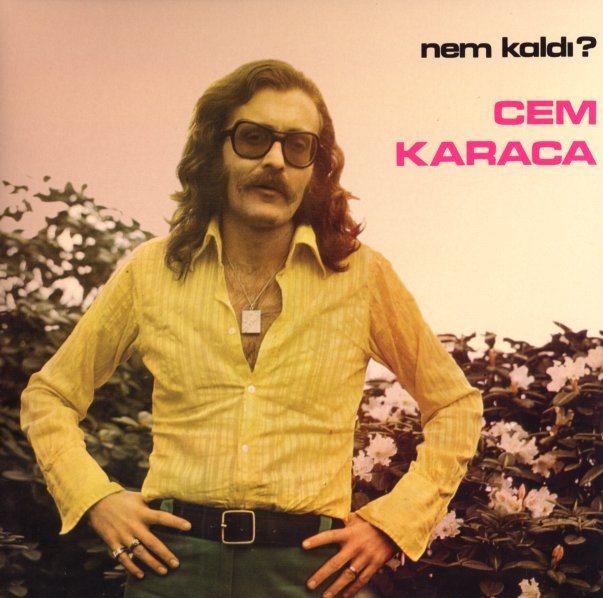 Mad sounds from the legendary Cem Karaca – one of the hippest things going in mid 70s Istanbul – and an artist whose unique sound has gotten a great deal of global rediscovery in recent years! The music is a compelling mix of psych, funk, and more local styles – and although Karaca's previous records were great, there's an even stronger, more sinister feel to this one – full arrangements that really drive the whole thing forward strongly, and rising vocal power from Cem to match! This is definitely one of those records that will blow your mind, even if you can't understand the language – and it's a great place to start if you're looking to dig into mad sounds from the 70s Turkish scene. Titles include "Nem Kaldi", "Adsiz", "Oye Babo", "Oy Bana Bana", "O Leyli", "Gurbet", and "Kendim Ettim Kendim Buldum".  © 1996-2021, Dusty Groove, Inc.