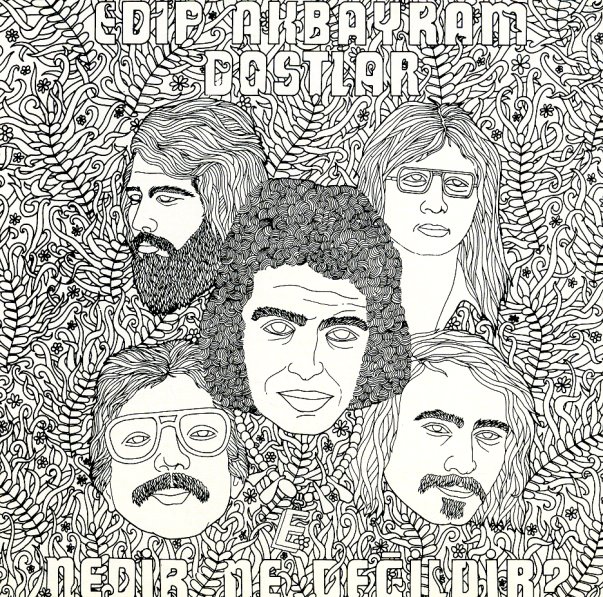 A later gem from the Turkish scene of the 70s – one that's got a bit more funky touches than earlier Anatolian rock! There's still a fair bit of Eastern styles running through the mix, but most of the rhythms are really straightforward and use heavy basslines that really set the groove nicely – a bit psychedelic, but almost more funk-inspired at times – jamming in a way that's progressive, but never too noodly. The blend is a great one, and makes this record one of the best for those searching out the funkier side of the Turkish scene – and titles include "Yaralarim", "Arabam Kaldi Yolda", "Adam Olmak Dile Kolay", "Birak Beni", "Dar Agaci", "Mehmet Emmi", and "Haberin Varmi".  © 1996-2021, Dusty Groove, Inc.
(Features original pop-up gatefold cover design!)