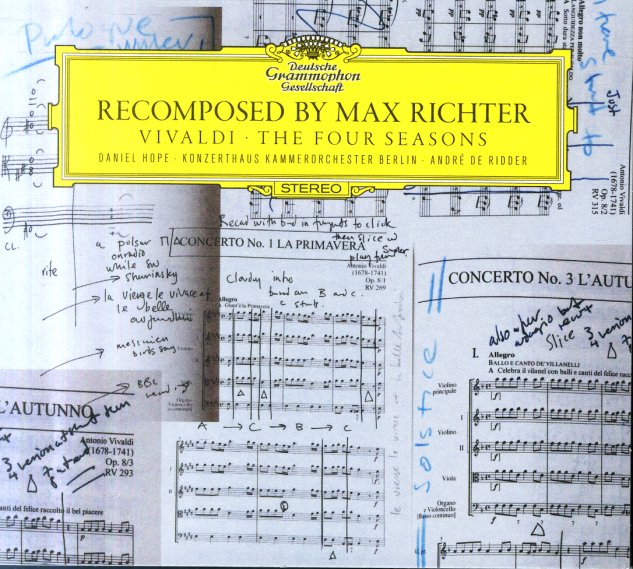 A really great little project – and one that's different both from the original Vivaldi composition, and from the spirit of the other releases in Deutsche Grammophon's "recomposed" series! Max Richter takes The Four Seasons completely apart, then composes some of his own music as well – in this amazing blend of styles that draws surprising links between the work's baroque roots and contemporary minimalism as well. Richter plays moog, Daniel Hope handles violin solos, and Andre De Ridder conducts the larger Konzerthaus Kammerorchester Berlin.  © 1996-2021, Dusty Groove, Inc.
(Out of print.)