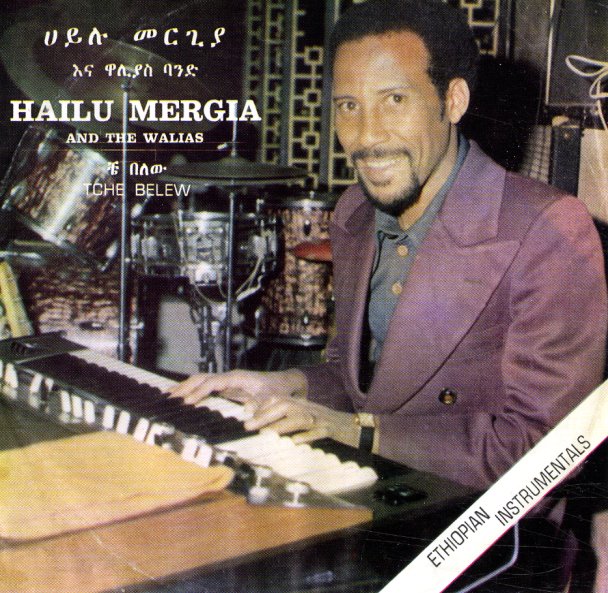 An amazing organ player from the Ethiopian scene – one whose work here easily rivals that of Mulatu and some of the best artists on the Ethiopiques series! Hailu Mergi has plenty of jazz in his approach – not just on his own keyboard lines, but also in the way he lets the group members open up on tenor, trumpet, flute, and piano with great sounds of their own – a groove that's especially nice when Mulatu comes into the mix with some work on vibes as well! Yet the whole record also has the best exotic overtones of other Ethiopian grooves you'll know from the time – an eerie, almost otherworldly sort of sound – as the organ drifts over the top with riffs that feel like they're lifted from Terry Riley, yet turned much more towards a groove-heavy sound. The whole thing's wonderful – easily the best release on this label so far – and titles include "Woghenei", "Yemiasleks Fikir", "Lomi Tera Tera", "Musicawi Silt", "Birtukane", "Eti Gual Blenai", and "Tche Belew".  © 1996-2021, Dusty Groove, Inc.
(Includes download.)