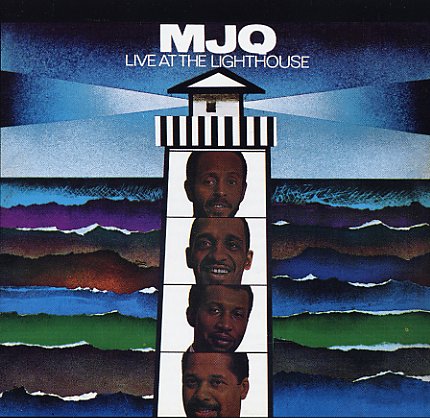 An overlooked later gem from the Modern Jazz Quartet on Atlantic – a live set recorded at the Lighthouse, and one with a funkier tone than some of the group's earlier work for the label! Milt Jackson seems to be a bit more in charge of the sound on this set – as the tracks have that earthy quality he was bringing to his own solo albums of the time – yet still ring out with the sense of sound and space that's clearly directed by the John Lewis influence. The whole thing's wonderfully spare – with a sense of timing and grace that's impeccable, yet which also never fails to swing – and titles include "The Spiritual", "Baseball", "The Shadow Of Your Smile", "Intima", "Novamo", "For Someone I Love" and "What's New".  © 1996-2022, Dusty Groove, Inc.
(Red and purple label pressing.)