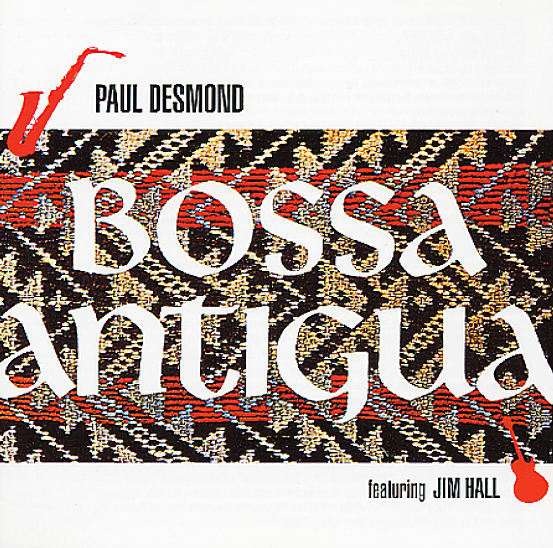 The team of Paul Desmond and Jim Hall was one of the best ideas ever forged in American jazz of the 60s – and the icy pair are perfect company together on this album of bossa-inflected tracks with a very cool edge! The album allows Desmond's alto to take on a warmth and flowing quality it never had in the Dave Brubeck group – and Hall's guitar work, while a masterpiece of understatement, brings in just the right amount of ringing tone to echo out the brilliance of Desmond's ideas. Gene Wright and Connie Kay complete the group, and titles include "O Gato", "Samba Cantina", "Girl From East 9th", "Ship Without A Sail", and "Bossa Antigua". Plus, this excellent CD reissue features 2 bonus tracks – the groovy "Samba Cepeda" and an alternate take of "O Gato".  © 1996-2021, Dusty Groove, Inc.
(Out of print, Classic Edition with bonus tracks and red border.)

Take Ten (Japanese paper sleeve edition)
RCA (Japan), 1963. Used
CD...$24.99
That's "Take Ten", not "Take Five" – a great title cut that echoes Paul Desmond's previous work with Dave Brubeck – but which then gives way quickly to some sweet bossa-styled grooves done with guitar from Jim Hall! The album's one of the strongest of the ... CD

Paul Desmond Quartet With Jim Hall
Giants Of Jazz, Late 50s/Early 60s. Used
CD...$6.99
Features Paul Desmond on alto, Jim Hall on guitar, Percy Heath on bass, and Connie Kay on drums. Tracks include "For All We Know", "East Of The Sun", "Susie", and "I Get A Kick Out Of You". CD

Paul Desmond & The Modern Jazz Quartet
Red Baron, 1971. Used
CD...$8.99
A rare pairing, and a great one too – as Paul Desmond joins the Modern Jazz Quartet for a unique live set from the early 70s – with a great sound that's even more wonderful than we expected! Desmond is always great no matter what the setting – but he sounds especially nice ... CD