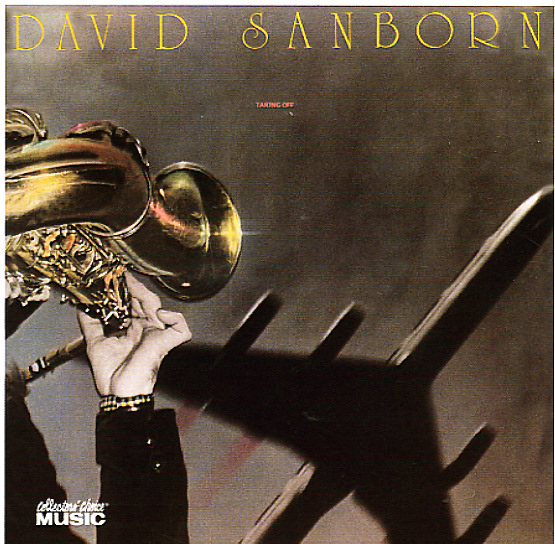 The fantastic first album from David Sanborn – a lot more than you might expect if you only know him from later years! Sure, the record's tight – and yes, Sanborn was a crossover player from the start – but there's some great moments here, and the whole thing's got a lot more of an edge at points than you'd expect – a nice rasp in Sanborn's alto, reminding us a bit of the early sounds we heard coming from Tom Scott on his best sides. Randy Brecker plays trumpet in the group, and Mike Brecker's on tenor – and there's definitely a bit of Brecker Brothers soul overall – some undercurrents of funk that also come through in the guitars of Steve Khan and Joe Beck. Arrangements are by David Matthews, Don Grolnick, and Howard Johnson – and titles include "Butterfat", "Duck Ankles", "Black Light", "Blue Night", "Flight", "Funky Banana", and "The Whisperer".  © 1996-2020, Dusty Groove, Inc.
(Out of print.)

H
Tappan Zee/Warner, 1980. Used
CD...$9.99
The cover might be a bit gimmicky – with a giant image of a hot dog – but the album's actually one of the more sensitive outings from keyboardist Bob James at the time – a really refreshing blend of modes and styles, served up on Fender Rhodes, Oberheim, and acoustic piano! There' ... CD