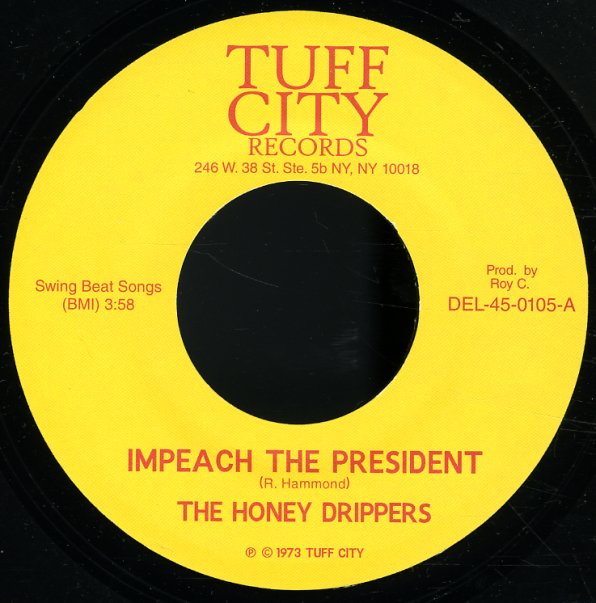 Two fantastic funky tracks from Roy C Hammond and The Honeydrippers! "Impeach The President" is a legendary break track from back in the day – virtually a blueprint for a second generation of hip hop, and still a wonderfully raw groove in its original format! "Roy C's Theme" is a nice, too – a sock-soul number, but with a really badass bassline, and wicked vocals calling out over the top!  © 1996-2020, Dusty Groove, Inc.