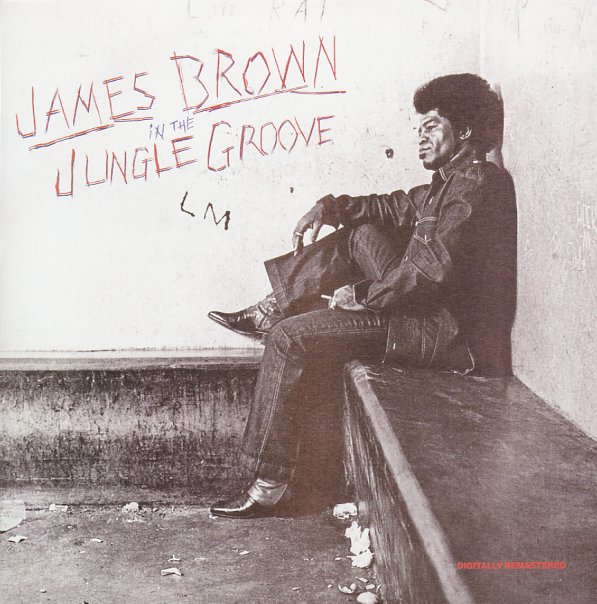 In The Jungle Groove

Massive – and one of the best James Brown compilations ever, filled with rare and unreleased material! This completely essential set features tracks pulled from James' best years ever – the mighty early 70s, when he was working with the JBs, and laying down tracks that would forever change the face of funk! The tunes on the album are right up there with the best work on classic albums like The Payback, Doin It To Death, Hot Pants, and any of the other killer Polydor funk albums by James – and most of them were pulled from sessions for those records, and brought together in this format for the first time in the late 80s. The centerpiece of the set is a 9 minute version of "Funky Drummer", and other highlights include new versions of "Give It Up Or Turn It Loose (remix)", "Soul Power (mono re-edit)", and "Talkin' Loud & Sayin' Nothin (remix)". The set's also got bonus beats of "Funky Drummer", a long single take of "Hot Pants (She Got To Use What She Got To Get What She Wants)" (8:42 minutes long!), and the nice rare track "I Got To Move" – previously unreleased, and nice and long!  © 1996-2021, Dusty Groove, Inc.

Keep Movin' On (180 gram pressing)
RCA/Abkco, Early 60s. New Copy 2LP
LP...$36.99 38.99 (CD...$3.99)
A brilliant overview of Sam Cooke's best secular soul from the 60s – a well-done collection that contains tracks from Sam's early sessions for RCA, and which presents the material with a full set of notes by Peter Guaralnick, and complete details on all the sessions! Some of the tunes on ... LP, Vinyl record album

Payback
Polydor/Universal, 1973. New Copy 2LP Gatefold (reissue)
LP...$31.99 35.99 (CD...$5.99)
A masterpiece of funky soul – and one of the greatest albums of the early 70s! It all comes together on this one – funk, soul, politics, and production – and the record is still one of the clearest examples of James Brown's genius that you'll ever find! Recorded during the same ... LP, Vinyl record album