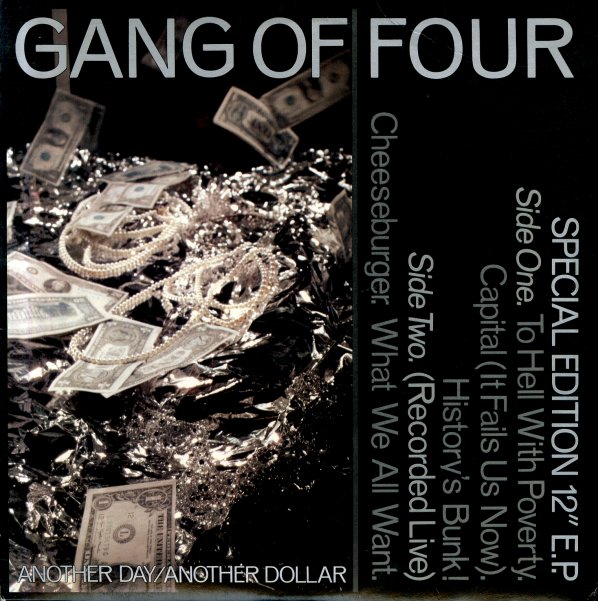 An unusual relic from Gang Of Four's years on Warner in the US – a "special edition 12", designed to re-promote the group's harder sound to an American market! The single features 3 studio classics – "To Hell With Poverty", "Capital (It Fails Us Now)", and "History's Bunk" – plus live versions of "Cheesburger" and "What We All Want".  © 1996-2021, Dusty Groove, Inc.
(Includes the WB inner sleeve.)