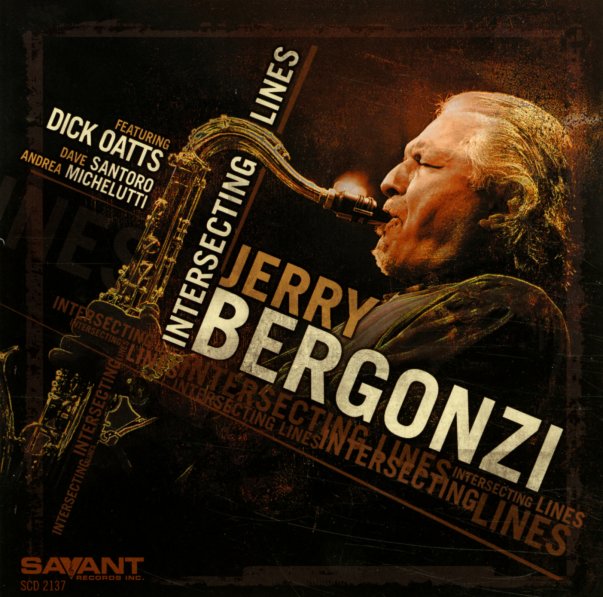 The title's a great one for this album – not just because tenorist Jerry Bergonzi always seems to have this forward-thinking, linear quality about his work – but also because his talents here intersect strongly with the alto sax of Dick Oatts! The pair really create some magic here – a balance between Bergonzi's bold tone and that raspier, more personal sound of Oatts – wrapped up beautifully with bass from Dave Santoro and drums from Andrea Michelutti – no piano at all, which only seems to further the fluid quality of the saxophones! There's a loose, free swing to the record – a quality that's still quite rhythmic, but which opens up without the piano and lets the saxophonists get very expressive – sparking stunning lines on original Bergonzi tracks that include "Creature Feature", "Tanzania", "Dig Oatts", "Itchy", "Arbonius Unt", and "Horton's Lament".  © 1996-2022, Dusty Groove, Inc.
(Punch through barcode.)