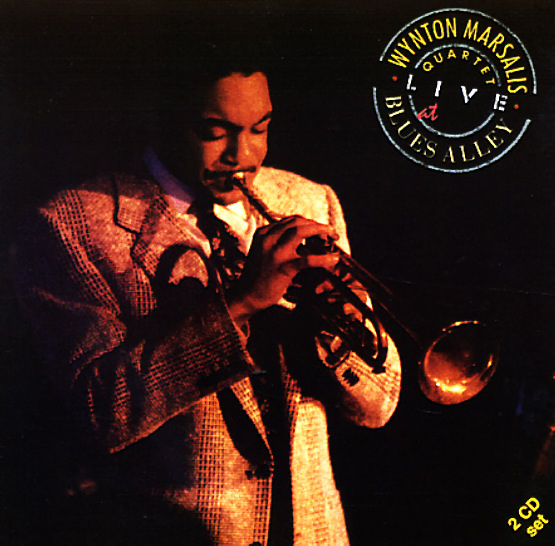 An open-ended live set from Wynton Marsalis' 80s run for Columbia Records – and a set that's sometimes a bit more unbridled than his studio work at the time! There's still plenty of the Marsalis manner in place here – that great talent for subtle shadings, and quiet exploration of sound – but the longer tracks also have Wynton blowing his top a bit more, and really running along with his horn. The group's a quartet – with Marcus Roberts on piano, Robert Hurst on bass, and Jeff Watts on drums – and titles include "Juan", "Autumn Leaves", "Much Later", "Au Privave", "Do You Know What It Means To Miss New Orleans", "Just Friends", and "Chambers Of Tain" – plus a few interludes of "Knozz Moe King".  © 1996-2021, Dusty Groove, Inc.
(Out of print.)