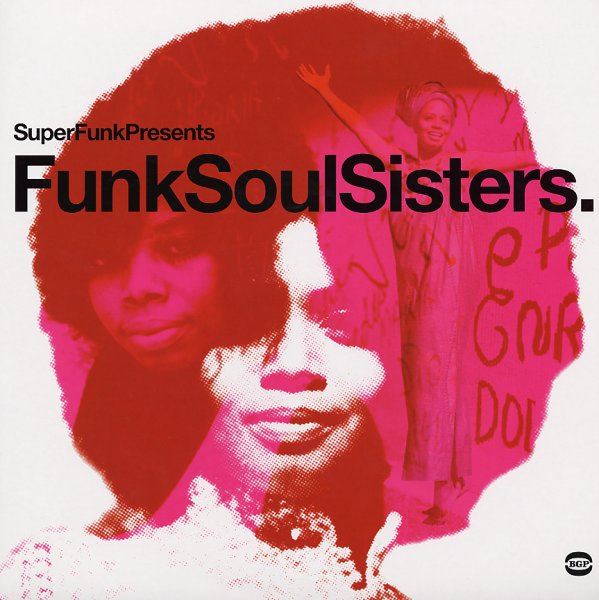 Also available
Various — Funk Soul Sisters Presented by SuperFunk – Classic & Rare Female Funk ... CD 9.99
Funky female soul galore – a killer set of rare tunes that's one of the best sets of this type we've ever stocked! The SuperFunk crew at BGP have gone through the rich array of labels handled by the company – pulling out some massive tunes that really push our understanding of female soul – taking things way past the obvious hits and girl group numbers, into hard and heavy-stepping territory that we really love! Most of the tunes on the set are completely new to our ears, and there's a great mix of northern and southern funk styles that keeps things super-fresh. Drums crackle, basslines pound, and the gals belt it out loud, clear, and funky on a set of 20 tracks that includes "Tell Me What's Wrong" by Lynn Varnado, "Listen Here" by Valorie Keys, "Know What To Do When You Get It" by The Genies, "Heavy Heavy Hangs My Heart" by Vera Hamilton, "Better Get A Move On" by Louise McCord, "Pounds Of Soul" by Betty Bibbs, "Ooh Wee Baby" by Delilah Moore, "Sunshine Of Your Love" by Spanky Wilson, "Staying At Home Like A Woman" by Lynn Varnado, "Hold On This Time" by Fontella Bass, "Mr Fix It" by Thelma Jones, "I'm Glad I Got Over You" by Jeanette Jones, "One Way Street" by Little Ann, and "It's Too Late For Tears" by Rene Bailey.  © 1996-2023, Dusty Groove, Inc.

Living In The Streets Vol 3 – Busting Out Of The Ghetto
BGP (UK), Late 60s/Early 70s. New Copy 2LP
LP...$19.99 26.99 (CD...$9.99)
The funky third volume of the Living In The Streets series – and easily the best in this great series – a really hard and heavy batch of rare funk tunes that pushes past the cliches of the title to come up with an all-solid batch of tracks that's sure to please any fan of deep funk. ... LP, Vinyl record album

Funky Trip – Detroit Funk From The Dave Hamilton Archive (180 gram clear vinyl pressing)
BGP (UK), Early 70s. New Copy
LP...$22.99 28.99
A killer little set that's as heavy as it sounds from the title – a wealth of rare material pulled from the studio of Detroit producer Dave Hamilton – a good deal of it never issued at the time! Hearing this set is like finding a pile of rare 45s stuffed in the back corner of a long-los ... LP, Vinyl record album