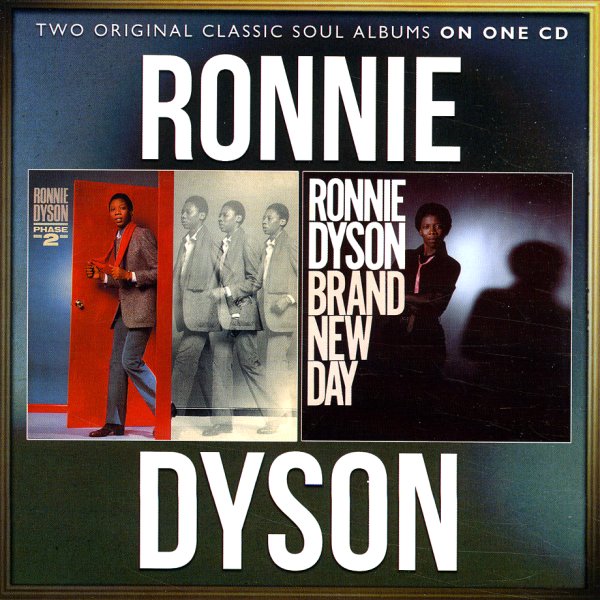 A pair of later albums from the great Ronnie Dyson – both of which show him moving strongly well into the 80s! The first set is a self-stated Phase 2 in Ronnie Dyson's career – one that has him moving with a bit more confidence than before, and nicely maturing into a sweet 80s sort of sound! Bobby Eli's at the helm, both on production and rhythm arrangements – and the style here is almost a bit more sophisticated than Dyson's earlier work – kind of that Philly Modern that some of Eli's older contemporaries were hitting. There's no standout hits, but the album's got a nice sense of balance because of that – and overall, the instrumentation's more late 70s than some of the thinner 80s commercial modes. Titles include "Now", "Say You Will", "Heart To Heart", "One More Chance For The Fool", and "Even In The Darkest Night". On Brand New Day, Ronnie's a long way from his falsetto soul hits of the early 70s – but he's seriously back on track as a soul artist, thanks to some smooth help from the Ingram family! Butch Ingram produced the album, and the rest of the Ingrams helped out on instruments, vocals, and even some of the songwriting. In fact, this is more of an Ingram record – with a sound that's very much like their work from the same time – than it is a Ronnie Dyson album. Not that that's a problem, though, as the record's a pretty nice batch of 80s groovers that includes the tracks "You Better Be Fierce", "I Gave You All Of Me", "Tender Lovin Care", "Waiting For You", and "All Over Your Face".  © 1996-2020, Dusty Groove, Inc.