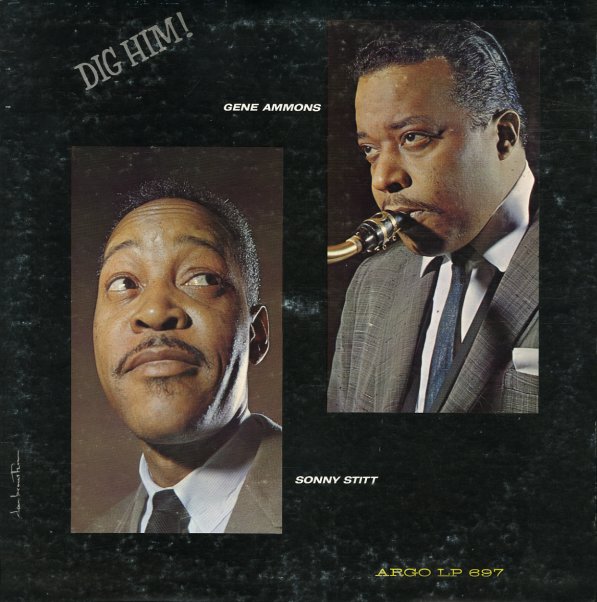 Nothing fancy – but some great straight-ahead blowing from Stitt and Jug! The album's a quintet session, with John Houston piano, Buster Williams bass, and George Brown drums providing all the rhythm. But the real focus is on the twin-sax frontline – with Sitt taking up the alto on a few numbers, but mostly blowing tenor head to head with Jug. Recorded in 1961 during Jug's great year of contract-breaking – and issued later in the 60s by Prestige under a different title. Titles include "A Mess", "Water Jug", "New Blues Up & Down", "Red Sails In The Sunset", and "A Pair Of Red Pants".  © 1996-2021, Dusty Groove, Inc.
(Heavy grey label Argo pressing. Vinyl has some small spots of silver paint on Side 1. Cover has some wear and aging.)