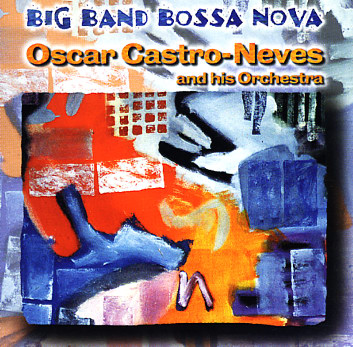 An excellent bossa session led by pianist Oscar Castro-Neves and his band, and recorded during the blitz of early bossa sessions by the Audio Fidelity label! The group's a large one, but not too large to lose the groove – and Castro-Neves put the whole thing together so that the album's always got a nice bounce to it, and so that the jazz component comes through nice and strong! There's loads of good groovers on here, all played with a very strident hard bossa feel – and tracks include "Outra Vez", "O Menino Desce O Morro", "Chora Tua Tristeza", "Zelao", "Doralice", and "Patinho Feio".  © 1996-2021, Dusty Groove, Inc.
(Out of print.)

Os Catedraticos – Ataque
Ubatuqui (Spain), 1965. Used
CD...$5.99 (CD...$9.99)
An organ bossa classic from the legendary Eumir Deodato – one of his strongest albums from his early years in Brazil! There's a very jazzy feel to the set all the way through – thanks to a tightly arranged group that not only features the organ and percussion you might expect from such ... CD

E Lala Lay-e
Deck Disk (Brazil), 2001. Used
CD...$8.99
2001 may well be known as the year of Joao Donato – because he's released so many great albums during the year! This set is more modern than some of Joao's "bossa revival" sets – in a smooth electric-tinged mode, warm and jazzy, with a bunch of new songs, and not just redone ... CD