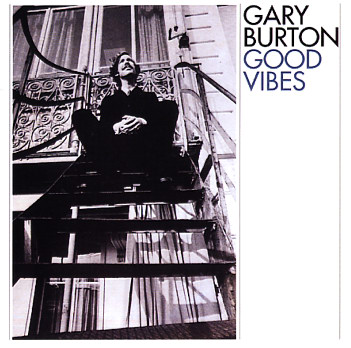 Gary hits a sweet electric funky sound here – working in a group that includes Eric Gale on guitar, Richard Tee on piano and organ, Chuck Rainey on bass, and Bernard Purdie on drums. The album's got a bit of trippiness to it – kind of in the style of some of Herbie Mann's funky production work for the Vortex label – and a few cuts have producer Joel Dorn working with Arif Mardin on the cuts, giving them a more expansive sound that pushes Burton's playing nicely. The vibes have a dark chromatic quality to them that sounds great next to the sweeter playing of the funky player – and the record's filled with nice numbers like "Vibrafinger", "Las Vegas Tango", "Boston Marathon", and "Leroy The Magician".  © 1996-2020, Dusty Groove, Inc.
(Out of print.)

Virgo Vibes (plus bonus tracks)
Atlantic (UK), 1967. Used
CD...$14.99
A great set of straight jazz from Roy, recorded for Atlantic, and with a feel that's a lot edgier than some of his other work from the time! The groups on the record feature some of the hippest soul jazz players of the time – including Charles Tolliver, Jack Wilson, Joe Henderson, Harold ... CD

Jazz Modes (Koch pressing)
Atlantic/Koch, 1959. Used
CD...$5.99
One of the rarest albums by this fantastic combo from the late 50s! The band features the very strange mix of French horn, tenor, and soulful piano – played by Julius Watkins, Charlie Rouse, and Gildo Mahones, respectively. The sound shouldn't work, but it does, and beautifully – ... CD

Montreux Concert
Koch/Atlantic, 1978. Used
CD...$9.99
One of Don Pullen's best-known albums, and for good reason too – a well-recorded document of a Montreux performance that helped put Don's piano talents in the spotlight for the rest of the 70s! The record's got a sense of freedom that's quite unusual for Atlantic Records at the time – ... CD