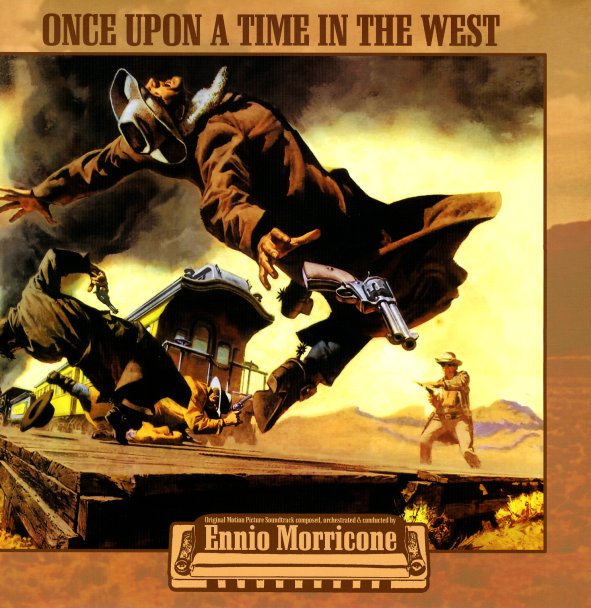 One of Ennio Morricone's most famous film scores – and certainly the one that got him recognized as a genius on a global level! The whole thing's pretty damn eerie – about as eerie as the movie, which is a real stunner – and it shifts from dark orchestral themes to sparer numbers that use guitar, banjo, and some really creepy whistling to set the mood – that landmark Morricone sense of space that really transformed film music in the 60s. Some tracks feature vocal work by I Cantorni Moderni, directed by Alessandro Alessandroni – and titles include "C'Era Una Volta Il West", "L'Ultimo Rantolo", "L'Uomo", "L'Uomo Dell'Armonica" and "L'America Di Jill".  © 1996-2021, Dusty Groove, Inc.
(Limited edition heavyweight clear vinyl pressing!)