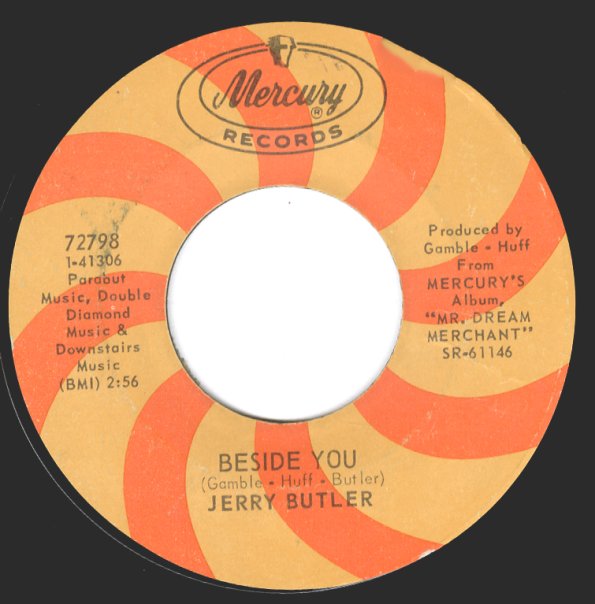 Beside You/Never Give You Up

(B-side label has a few small stickers and some pen.)

Moon River/Aware Of Love
Vee Jay, Early 60s. Very Good
7-inch...$1.99
A double-sided gem from Jerry Butler! Although Jerry Butler got his start singing some of Curtis Mayfield's early work, the geniuses at Vee Jay had the sharp idea of shopping for a few songs in New York, and they managed to come up with these two gems, both of which are classics from Jerry's ... 7-inch, Vinyl record