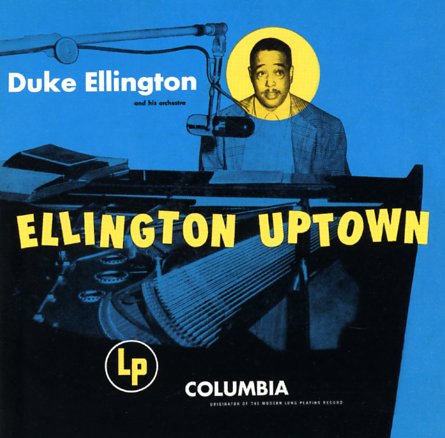 One of Duke Ellington's standout sides for Columbia – a strong recording that revisits many of the best elements of his earlier work, and offers up some more sophisticated scoring for the 50s – thanks to extended track length in the LP generation! The tunes here are older ones, but they're taken to some nicely hip territory – thanks to Duke's strong ear for modern changes, and a line up of players that includes Billy Strayhorn on piano, Paul Gonsalves on tenor, Clark Terry and Ray Nance on trumpets, Juan Tizol on trombone, and Louis Bellson on drums. Bellson does a great job on the classic "Skin Deep" – a real showcase for his talents in this recording – and other titles include "The Mooche", "Take The A Train", and "Perdido" – plus a 13 minute reading of "A Tone Parallel To Harlem (aka The Harlem Suite)".  © 1996-2022, Dusty Groove, Inc.
(Out of print.)