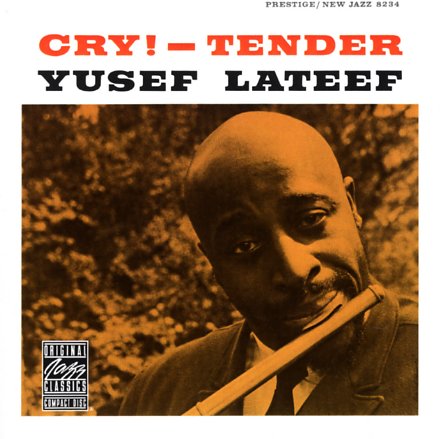 Wonderful late 50s work by Yusef Lateef – played in that "jazz exotic" style he was using to perfect form at the time, a mixture of the lyrical hard bop of the Horace Silver group, with some of the more spare and eastern styles used by groups like the early Sun Ra Arkestra. The drummer, Frank Gant, makes ample use of brushes and mallets to keep the rhythms in a mode that works with the overall sound – and other players include trumpeter Lonnie Hillyer and pianist Hugh Lawson, both of whom were part of the super-hip Detroit scene that spawned Lateef. Titles include "Cry Tender", "Butter's Blues", "Dopolous", "Sea Breeze", and "The Snow Is Green".  © 1996-2023, Dusty Groove, Inc.

Before Dawn – The Music Of Yusef Lateef
Verve, Late 50s. Used
CD...$11.99
A rare Verve outing by Yusef Lateef – recorded during a stretch that was arguably his most creative point! The album's got an approach that's a bit more in the Prestige mode of Lateef's career – in that it features a fair bit of tenor sax work, blown with a straighter soul bop approach ... CD

Explorations
Riverside/OJC, 1961. Used
CD...$5.99
The Bill Evans trio with Scott LaFaro on bass and Paul Motian on drums – a near-perfect lineup that forever raised the bar for jazz piano expression! The title here is certainly apt – because even though many of the tunes are shortish, Evans has a sense of exploration in the way he's ... CD

Gumbo! (plus unissued bonus tracks)
Prestige, 1963. Used
CD...$22.99
A stone classic from New Orleans reedman Pony Poindexter – a set that's steeped in tradition, but also has a groovy feel too – and a date that features Pony on both alto and soprano sax! The latter instrument is especially nice, played with echoes of earlier Crescent City modes, but ... CD

Outward Bound (20 bit remaster)
Prestige/Fantasy, 1960. Used
CD...$9.99
Eric Dolphy's first album ever as a leader – recorded almost immediately after his arrival on the New York scene! The sound here is already bolder and stronger than the Dolphy experiments on the west coast – sharp-edged and freely exploratory, in a way that pushes the playful lyricism ... CD