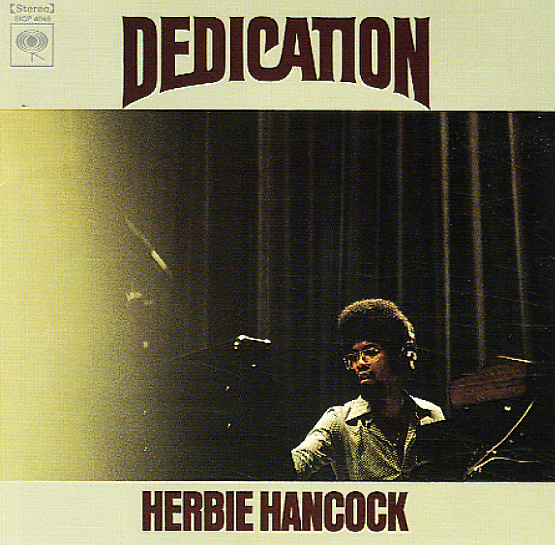 Sublime sounds from the great Herbie Hancock – presented here in one of his amazing Japanese-only albums from the 70s! The record is a showcase for Hancock in two different modes – as Herbie plays solo acoustic piano on side one, and delivers these really haunting renditions of "Maiden Voyage" and "Dolphin Dance" – both of them long, and with relaxed exploratory solos. Side two features Herbie on a variety of electric keyboards (moog, arp, etc) – playing with the kind of imagination and funkiness that characterized his best recordings of this period. On this side, Hancock lays down a sweet electric version of "Cantaloupe Island", and a nice spiritual groover called "Nobu" – both of them great, and nearer to the electric vibe of Thrust or Flood.  © 1996-2022, Dusty Groove, Inc.

Lite Me Up (with bonus track)
CBS/PTG (Netherlands), 1982. New Copy
CD...$11.99 19.99 (LP...$19.99)
A classic album of all-out soul from Herbie Hancock – done in close collaboration with Rod Temperton of Heatwave – in a jazzy-styled version of that group's own great groove! Temperton handled arrangements and a lot of songwriting, and most cuts have lead vocals from Wayne Anthony ... CD

Sextant
Columbia/Legacy, 1973. New Copy
CD...$6.99 7.99
An incredible record – and virtually the blueprint for countless other keyboard records to come! At the height of his 70s powers, Herbie really takes off into space with this set – moving away from more commercial music, and hitting a groove that's totally righteous, totally electric, ... CD