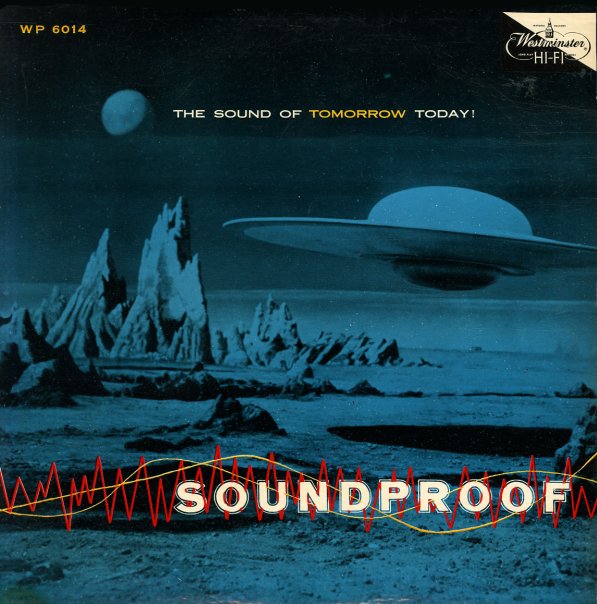 Soundproof – The Sound Of Tomorrow Today

Incredible! Ferrante & Teicher play the piano like nobody ever else had – save for perhaps John Cage! The duo do a heck of a lot of work inside the piano – plucking the strings, hitting them like vibes, and sticking in all of these weird bits to create a "prepared piano" sound that far surpasses the ideas that even Cage came up with! And through all of this, they always manage a hi-fi swing – working the piano to come up with amazing tracks that sound more electronic than acoustic, a perfect fit for the space-age cover of the album!  © 1996-2022, Dusty Groove, Inc.
(Mono pressing with deep groove.)

Harry Revel's Music From Out Of Space
MGM, Mid 50s. Very Good+
LP...$39.99
Beautiful record, beautiful cover, and a fantastic bit of space age bachelor pad listening. The arrangements have a bit more of a romantic twist than the usual stuff from this era, but they're in keeping with Revel's classic Music Out Of the Moon and Music For Peace Of Mind. The arrangments here ... LP, Vinyl record album