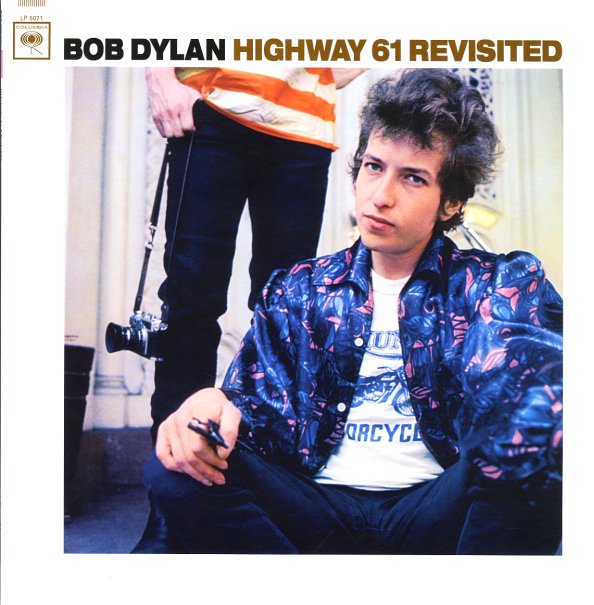 A pivotal moment for Bob Dylan – and maybe one of THE albums of the 60s! The newly-electrified Dylan really takes off here – putting more punch and bite into his already-strong lyrical approach – and twisting things in amazing ways that still leave us breathless all these many years later! And sure, the album gave Bob a few hits – which are nestled in here next to headier tunes that work together perfectly. Titles include "Like A Rolling Stone", "Ballad Of A Thin Man", "It Takes A Lot To Laugh It Takes A Train To Cry", "From A Buick 6", "Desolation Row", "Highway 61 Revisited", and "Queen Jane Approximately".  © 1996-2021, Dusty Groove, Inc.
(Includes slipcover.)