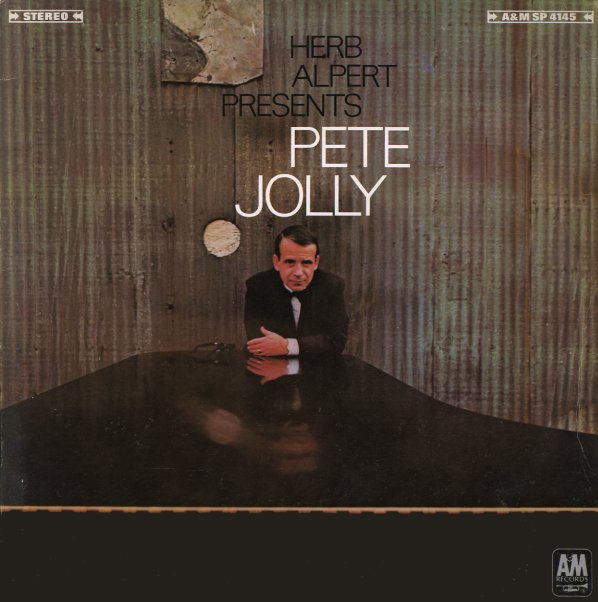 One of the finest A&M records of the sixties, and one of the finest records that Pete Jolly ever cut – a fantastic little session that blends his sprightly piano with fuller backings by Marty Paich – jazzy, but also sweepingly wonderful – and presented here with a great balance between spaciousness and fullness! Pete's work on the acoustic piano has never been better – and the album features a sublime version of "Windows of the World", plus loads of other great tunes that "Serenata", "Dindi", "Love So Fine", and "For Carl". A record that never fails to delight us!  © 1996-2021, Dusty Groove, Inc.
(Original brown label pressing – in great shape!)

Feels So Good
A&M, 1977. Very Good+
LP...$6.99
A fantastic record – one we shouldn't love as much as we do, and a set that's the crowning 70s achievement of Chuck Mangione! Mangione was the master of the smooth line on flugelhorn – and he really shines on the album's title track – done here at almost 10 minutes in length, ... LP, Vinyl record album

Light'n Up Please
A&M, 1976. Very Good+
LP...$6.99
With Liebman on tenor, in an assortment of groups – with co-production from James Brown mainstay Pee Wee Ellis, who also plays tenor and electric piano, and co-wrote many songs! Leon Thomas also sings a bit on the record, too. LP, Vinyl record album

Smackwater Jack
A&M, 1971. Very Good Gatefold
LP...$7.99
A great bit of 70s electric work from Quincy – and probably his funkiest album ever! Quincy's really stepping out here from the straighter and spacier styles of earlier records – going for more of the dirty grooves he was cutting up for soundtrack albums, and hitting notes that were a ... LP, Vinyl record album