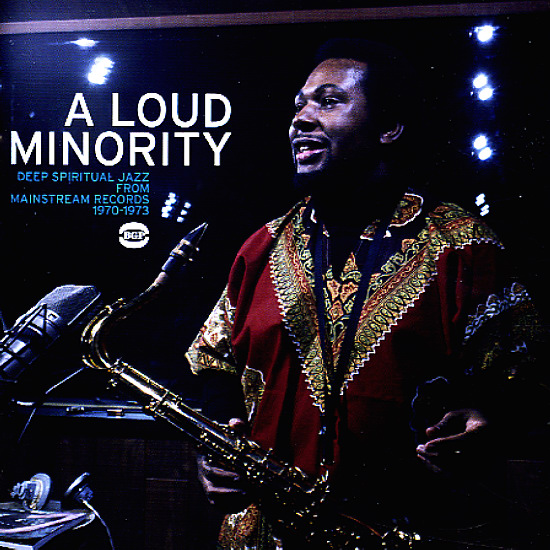 A reverent snapshot of the spiritual & soul jazz emanating from the Mainstream label in the early 70s – a well curated set featuring great numbers by Frank Foster, Blue Mitchell, Hadley Caliman, Roy Haynes and other giants of the scene! The material comes from a time in Mainstream label history when it was essentially relaunched as a jazz label, following some the psyche era rock albums of the previous few years. Soulful jazz sounds from a spiritual realm as well as some in a jazz funk mode, and excellent material all the way! 12 great tracks in all: The sprawling opener "The Loud Minority" by Frank Foster, "Mi Hermano" by Blue Mitchell, "Up And Down" by Harold Land, "Watercress" by Hadley Caliman, "Kamili" by Buddy Terry, "Senyah" by Roy Haynes, "EW Beautiful People" by Frank Foster, "Little One" by Hadley Caliman and "Petits Machins" by Johnny Coles/  © 1996-2022, Dusty Groove, Inc.

Equidity Funk – Hard To Find Gems From The Vaults Of P&P Records
P&P, Late 70s/Early 80s. Used
CD...$3.99 (CD...$7.99)
We're not sure what "equidity" means – but the grooves here are so great, we're hardly going to ask for a definition! The package is filled with plenty of the funk promised in the title – but often in ways that are really odd and offbeat – just what you'd expect from a ... CD

Even Mo' Mod Jazz
Kent (UK), 1960s/Early 70s. Used
CD...$8.99
The latest volume in one of our favorite series of soul jazz tracks! This one opens the scope way past previous volumes, and features a rollicking party of tasty little groovers – most of them with a raw, uptempo, funky 45 jukebox kind of feel! Tracks are from the Chess, Fantasy, Jewel, ... CD